The process is colloquially known as “suck squeeze bang blow”, for drawing in the fuel, compressing the fuel on the upward run of the piston, the spark plug igniting the fuel, and pushing the remnants out through the exhaust. 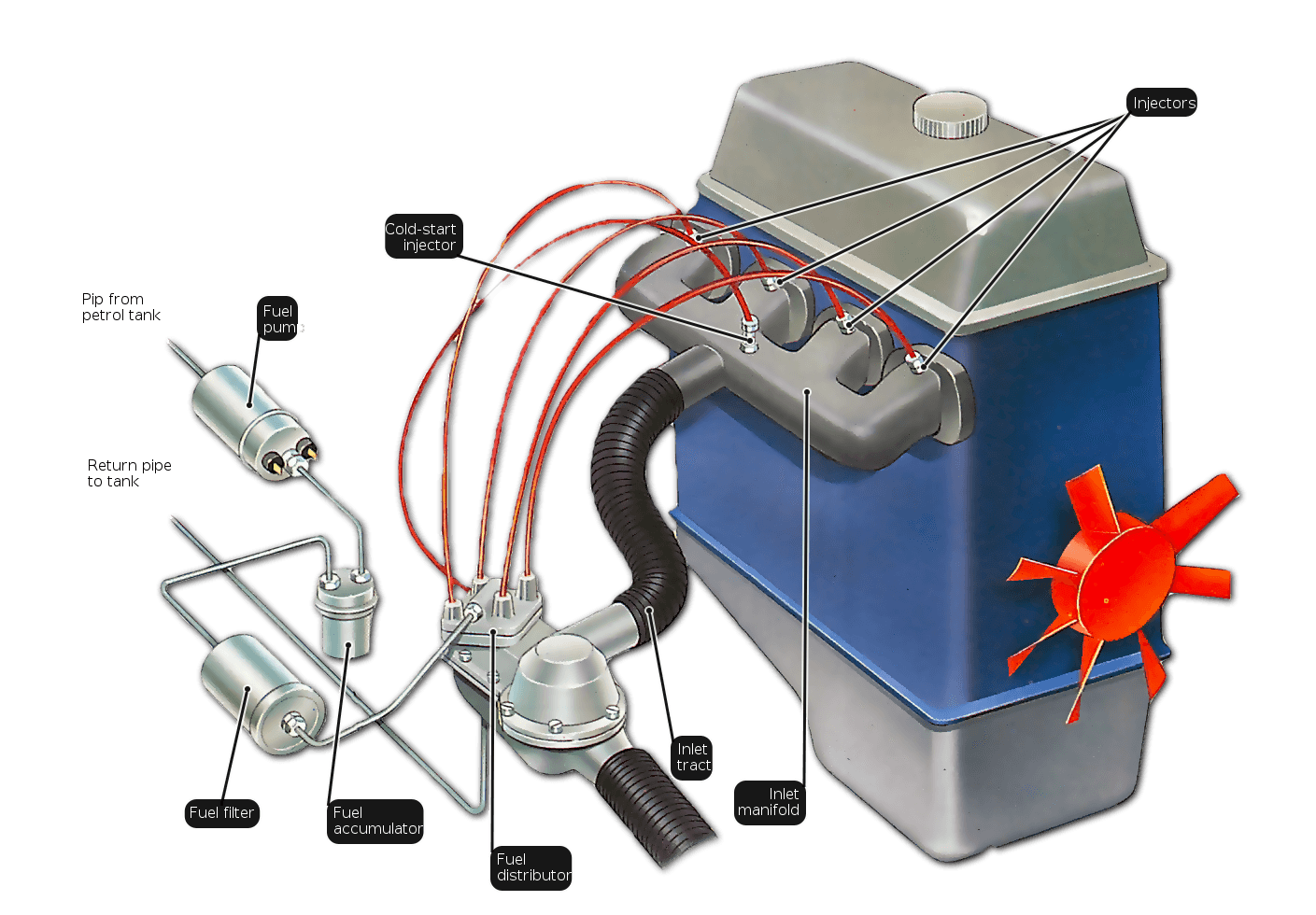 Now we see individual runners injecting directly into the individual cylinders. Evolution has refined the injection nozzles themselves. A finer mist of fuel means a more efficient combustion which maximizes fuel efficiency aka fuel consumption. Because the fuel is burned more efficiently, there are less emissions to exit the cylinder and vent to the atmosphere. Modern electronics also mean that the fuel delivery is tailored to demand more efficiently, rather than a constant feed irrespective of engine needs.

If you’re concerned about any aspect of your car, get in touch by clicking the Book Now button at the top of this page, or call to book an appointment.